Stronger damage output if charged up

Based on the ryō, a real life Japanese medieval gold currency

Coins, also known as Ryo or Medals, are the universal currency in the Ganbare Goemon series. They are used to purchase items, armor, and even magical powers. They also allow the player to purchase services or gain admittance to participate in minigames or other events.

Coins can also be thrown as a manner of long-distance weapons, with Goemon actually throwing them at enemies, whereas other characters will throw different items related to their persona.

Most enemies will drop a coin worth one to five ryo points when defeated; this will usually remain hopping in place for a short period of time and then disappear if not picked up. While enemies may also drop other items, such as Dumplings, Scrolls, or Fortune Dolls, coins definitely have the highest chance to come out. There are certain situations where enemies won't drop any items at all (for example, in some games enemies may stop dropping items if defeated with gunfire from a vehicle or if hit by a thrown coin).

Another way of gaining big amounts of coins is by participating in the many minigames the Ganbare Goemon series is widely renowned for including in its installments. These generally require the player to pay an admittance fee to start playing, where in most cases they are required to win the game in order to make profit or at least regain their investment.

In some games, the player may also find boxes scattered throughout the levels which contain large amounts of coins (usually 50). In addition, certain environmental objects may also be broken, making several coins to spring out from them (such as pots or Raccoon statues).

In games that feature Impact boss fights, coins can be collected by destroying enemies, environmental objects, or by punching oncoming projectiles in midair. Each successful hit is usually worth +5 coins, which are automatically added to the player's count.

Coins are primarily used to purchase consumable items and armor gear at shops. However, they can also be spent in order to participate in the various minigames the series is well known for including in its installments, or to hire the diverse services offered in towns, such as getting one's fortune told or simply partake in theatrical performances.

Among the many shops and services the player can spend their money at, certain installments also count with town dojos where, for a fee, they will be able to train and learn special and powerful techniques.

Coins can also be thrown as a manner of long-distance weapons. Each time a character throws one of these, their collected total amount will decrease by one, so the player is advised to plan strategically beforehand and not to abuse their usage if they plan on buying stuff at the next shop. By holding the [ATTACK] button while coins are selected as the current weapon, the player will usually be able to build up power and release a stronger variant of the attack. This consumes a larger amount of coins (generally 3 coins).

In games that have Impact giant robot stages, coins are used as ammunition for the "Nasal Bullet" attack. This consists in Impact shooting coins from his nostrils in a rapid fire manner, and can be used both in the bonus stages where he is rushing through the landscape while destroying everything in his path, as well as while fighting bosses.

Lethal Coins from The Legend of the Mystical Ninja 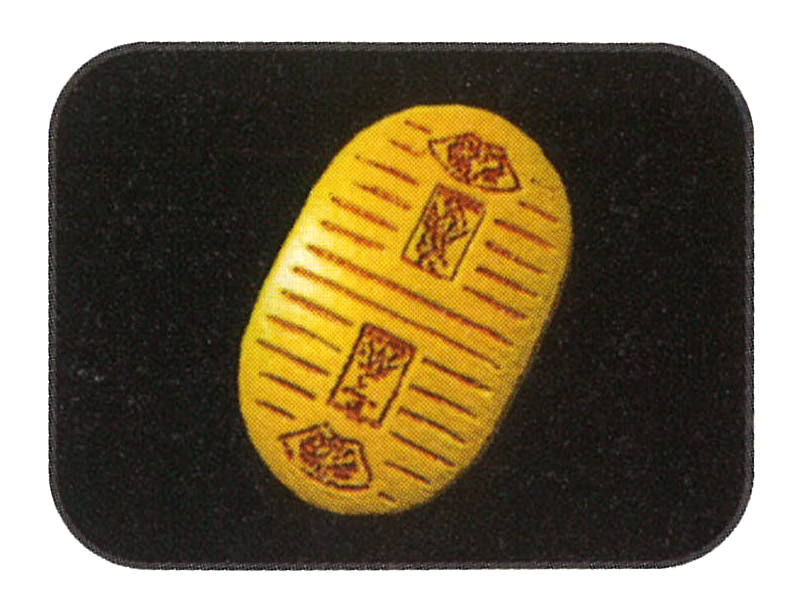 Retrieved from "https://goemon.fandom.com/wiki/Coin?oldid=12928"
Community content is available under CC-BY-SA unless otherwise noted.